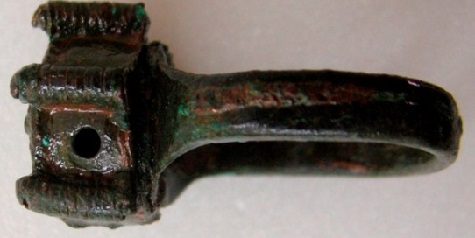 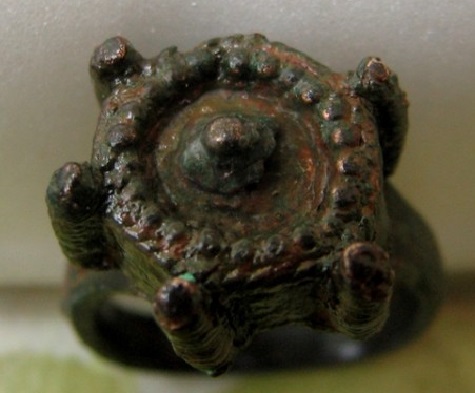 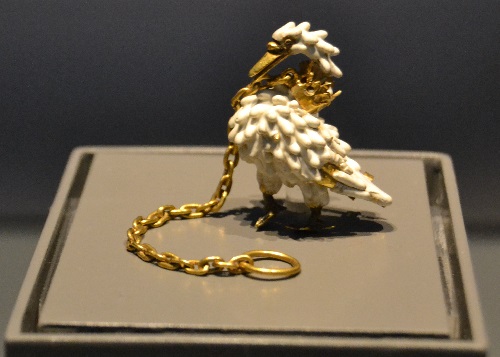 This was probably the personal ornament of a member of the family or one of the knights who swore fealty to them. I love the detail on this little figure, which is only about two centimeters tall!
Posted by A.J. Walker at 6:35 AM 6 comments: 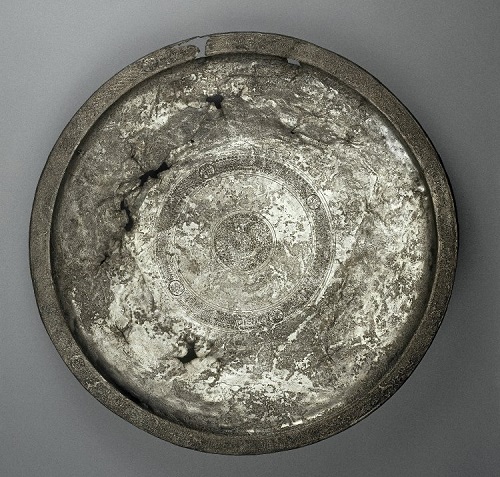 We've all heard of Sutton Hoo, that amazing treasure-filled ship burial of Anglo-Saxon royalty. One interesting aspect of the hoard buried with this man was there was a large amount of silver from the Byzantine Empire. This was the eastern part of the empire centered on Constantinople that survived nearly a thousand years after the last emperor in Rome was overthrown in 476 AD.

The most splendid example is the Anastasius Platter, a large decorated platter that bears the reign stamp of Anastasius I,  who ruled 491-518 AD. This was basically a control stamp guaranteeing the purity of the silver, something you still see on good silver today. Here are some shots of this work of art courtesy the British Museum.

By the time of the Sutton Hoo burial in the early 7th century, this platter was already more than a century old. so it certainly had time to make it all the way to England. The Byzantine Empire was famed for its power and artwork, and even as far away as England, people craved to have something from its workshops.