Medieval Mondays: The Oldest Bras in the World

I try to give you lots of interesting information in my Medieval Mondays posts. Apparently everyone is most interested in the oldest condom in the world because that's by far my most popular post. So in the same vein, here's the oldest bra in the world. It was found in an Austrian castle a few years ago along with three others. They came to light during an excavation at Lengberg Castle in East Tyrol and were found amidst a pile of other clothing in a vault that was sealed off in the late 15th century. It was previously thought that bras didn't date before the 19th century, although there are vague references in medieval literature to “bags for the breasts” or “shirts with bags". I couldn't find any copyright-free images of these bras, so I'm embedding a new story from YouTube on them. Like most TV news stories, this one has a mistake. The second piece of clothing they show, which looks like a set of women's panties, isn't a bra and isn't even a women's garment. It's male underwear. According to an article on Medievalists.net, only men wore underpants because it was a sign of "male dominance and power." Why? I'm not so sure. I guess it's more that women didn't wear underwear and that made them vulnerable to knights with no sense of chivalry.
Posted by A.J. Walker at 5:47 AM 5 comments:

Medieval Mondays: What we stand to lose in Timbuktu 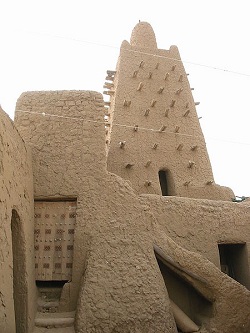 If you follow the international news, you've probably heard there's a civil war in Mali. The northern half of the country has broken away and formed the nation of Azawad.

This new nation is itself having a civil war, with part of the territory run by Tuareg tribesmen seeking a homeland, and part run by militant Islamists who want to create a hardline religious state. Many of them are mercenaries who fought for Gaddafi in the Libyan civil war and fled to Mali loaded with weapons and equipment.

Unfortunately, the Islamists' area of control includes Timbuktu, the fabled trading center near the River Niger and the edge of the Sahara. From the 12th century AD it was a center of learning with a large university, a flourishing book trade, and many resident scientists. It was the center of a tolerant brand of Sufi Islam that sought to learn from the world, not change it.

The fundamentalists, who called themselves Ansar Dine, have decided the many medieval shrines of Muslim saints are against Islam and are systematically destroying them. If that's not bad enough, the city is home to hundreds of thousands of medieval manuscripts, many of which have not been copied. If Ansar Dine decides these need to be burned, priceless documents of the past like this early astronomical treatise will disappear forever. 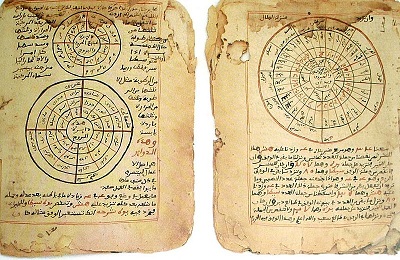 As usual with militant religious groups, Ansar Dine isn't exactly holy. UNICEF says they are forcing children to serve as soldiers and sex slaves. Why is it that religious control always ends up being about hurting kids? So far, world leaders have done nothing but wring their hands and say tsk tsk. Timbuktu doesn't have any oil, so like Syria, the people and their past will be decimated before anything is done.

BBC has a good slideshow of Timbuktu's endangered treasures here. 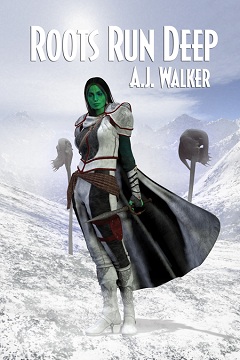 
Well, off to write the All the Gods are Human, Book Three of the Timeless Empire series!
Posted by A.J. Walker at 1:54 AM 1 comment: 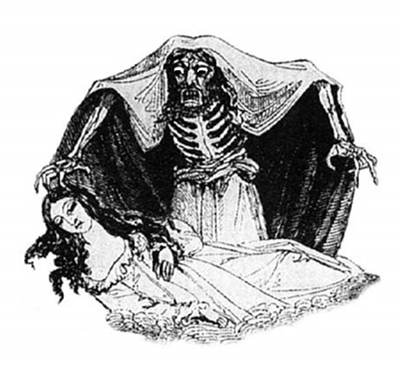 The discovery of a vampire skeleton in Bulgaria made big news last month, followed closely by the sale of a Victorian-era vampire hunting kit.

Now there's more vampire news out of Bulgaria. A 13th century skeleton found with his hands and feed tied and with pieces of ember in his grave, signs of a medieval ritual designed to prevent vampirism, has been reburied.

Keeping with tradition, the archaeologists who discovered it washed the bones with water and wine and reburied it. With this ritual it will finally rest in piece and not suck the blood out of any lovely Bulgarian ladies at night.

This illustration is from Varney the Vampire, a bestseller in 1847. Click on the link to get a Project Gutenberg copy for your ereader, but don't forget to order one of my fantasy novels first!
Posted by A.J. Walker at 4:56 AM 2 comments: