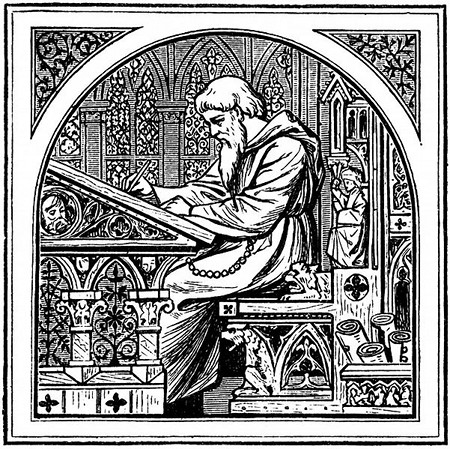 Hello everyone! I've been a bit remiss with my Medieval Mondays posts. I'm working on The Maze of Mist, a sequel to my fantasy novel Roots Run Deep. For those of you familiar with the first book, the action takes place twenty years later and follows the adventures of Metis Itxaron, son of the human King Roderick and goblin Queen Kip. Those two, of course, were the protagonists in Roots Run Deep, but now they're aging and busy with affairs of state, so it's their son who gets all the fun!

This sequel is a standalone novel and you don't have to read the first book to understand the second. I like loosely knit series like that.

Anyway, as you can see from the word count meter on the righthand column, and getting close to being done. Once I passed 80% my productivity really picked up and I don't want any interference from other projects. I should be done by the end of the month and back to regular posts.
Posted by A.J. Walker at 8:57 AM 2 comments: