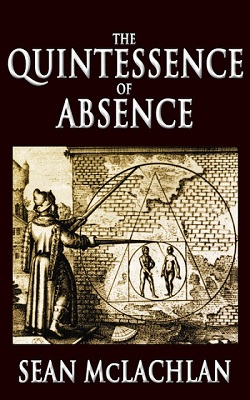 Medieval Mondays: Saint Lucy with her eyes on a plate 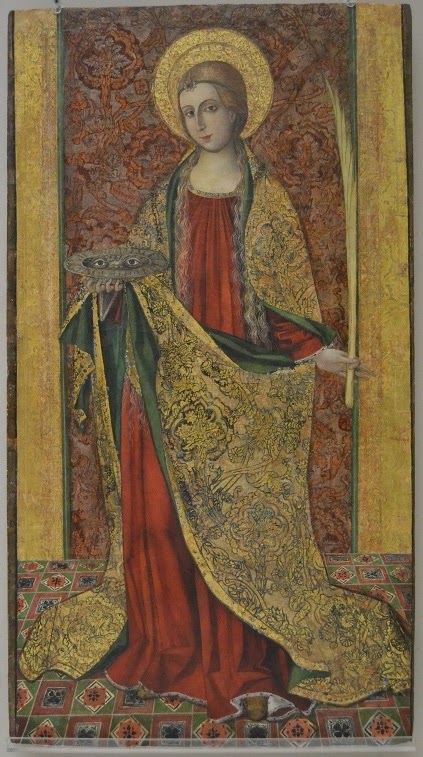 Perhaps it's because I wasn't raised Catholic, but I still do a double take at some of the images of saints. Take Saint Lucy, for instance, who is commonly portrayed holding a pair of eyes on a plate, as you can see in this Spanish painting from the late 15th or early 16th century.

They're actually her eyes, despite the fact that in this picture she has a pair of perfectly good ones in her head. Hey, she's a saint, she can do that sort of thing.

Saint Lucy or Lucia was a Christian martyr who lived from 283-304 and was killed during the great persecution of Christians under the Roman emperor Diocletian. Like many Christian martyrs, she was killed after refusing to make sacrifices to the Imperial cult.

She was said to have been killed by a sword, but a much later tradition grew up that she had her eyes gouged out first. In another story, she took out her own eyes because they were so pretty they were attracting unwanted attention for this woman who taken a vow of chastity. Today Saint Lucy is venerated as the protector of good sight. 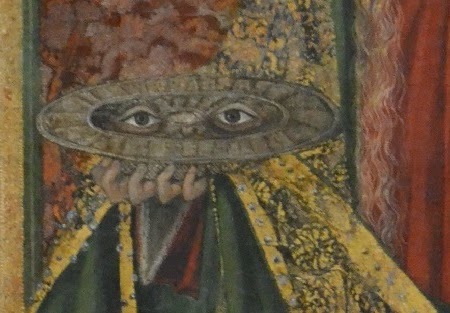 This ugly picture is of a whipworm. It's a common parasite in the human gut along with roundworm. Back in the Middle Ages they were even more common thanks to poor sanitation.

Now Reuters reports that archaeologists working at Saranda Kolones castle, a 12th century Crusader castle in Cyprus, have discovered a medieval latrine. It consists of a stone bench with a half circle cut through it, so the Crusader poop could drop into sewer. We archaeologists have an insatiable curiosity about life in the past so this was a great opportunity to dredge up some 800 year-old sewage and look at it under a microscope.

The team discovered large numbers of whipworm and roundworm eggs, showing the Crusaders had trouble with these little critters. These worms suck out nutrients from food before the body can absorb them and can often kill someone if they are already malnourished, a common problem for medieval soldiers.

Experts estimate that 15-20 percent of medieval troops died from malnourishment or infectious diseases while on campaign.
Posted by A.J. Walker at 4:55 AM 3 comments: