Medieval Mondays: A shoe hidden away keeps the witches at bay 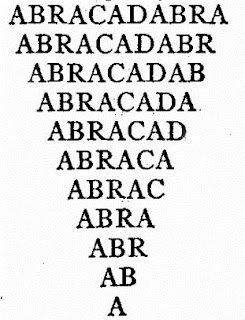 A witch bottle wasn't the only way people in the British Isles protected their homes from evildoers. Traditional folklore gave the nervous homeowner plenty of ways to secure their home, family, and livestock.

The most common method was to conceal one or more shoes in the chimney or other hidey-hole. The origin of this peculiar custom is unclear. One theory says it started with John Schorn of Buckinghamshire, an unofficial "folk" saint from England who in the 14th century caught the Devil in a boot. There was a common belief that witches and spirits came in through the chimney and couldn't turn around, so if you caught them in a shoe you'd keep them out of the house.

More than a thousand shoes have been discovered hidden in old homes in the UK. About 40 percent are from children (considered likely targets for evil spells) and they're rarely found in pairs.

An even weirder remedy was to wall up a cat. (A moment of silence for all those cats). Many cats have been found sealed up in walls or roofs in places where they clearly didn't get to on their own. They've become naturally mummified and are commonly called "dried cats". Since cats were considered semi-magical creatures, perhaps it was thought a dead cat could hunt in the spirit world, or go toe-to-toe with the witch's familiar.

The local cunning man or woman could provide protection without killing Furball or stealing your kid's shoe. A written charm with a mixture of astrological symbols, an abracadabra triangle, and barely literate Latin could do the trick, as could magical marks such as a "daisy wheel" that's commonly found on roof beams, plaster, and furniture in early modern England. This was a good luck symbol.

Another method was hiding a horse skull. At the Portway pub at Staunton-on-Wye there was discovered more than forty horse skulls screwed beneath the floor! Some people claimed it was to help the fiddler sound better, but some sort of magical ritual seems the more likely explanation.

For more on these and other amazing practices, check out the Apotropaios website and the Deliberately Concealed Garments Project. An excellent book is Ralph Merrifield's The Archaeology of Ritual and Magic.
Posted by A.J. Walker at 9:40 AM