My next fantasy novel coming soon! 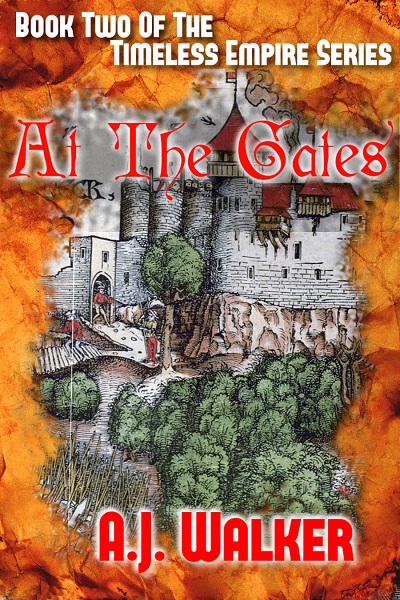 Here's the cover for At the Gates, the next in the Timeless Empire series. It picks up where Hard Winter leaves off and continues Recorro's quest to learn his past while struggling with the dangers of the present. Below is a blurb. I'd love to get some feedback on this blurb before I upload it late this week or early next, so please tell me what you think in the comments section!

In the thirtieth year of my life, I found myself a soldier in two armies about to go to war with each other, and already at war with a third.

We marched across an endless plain, we soldiers of the Baron, loyal human subjects of the Dragonkin and their Timeless Empire. Loyal, I say, but only in name. For within that great army intent on crushing the rebellious cities of Haadsted and Ryksierde marched another army, a secret army, the army to which I owed my true loyalty.
Posted by A.J. Walker at 4:30 AM