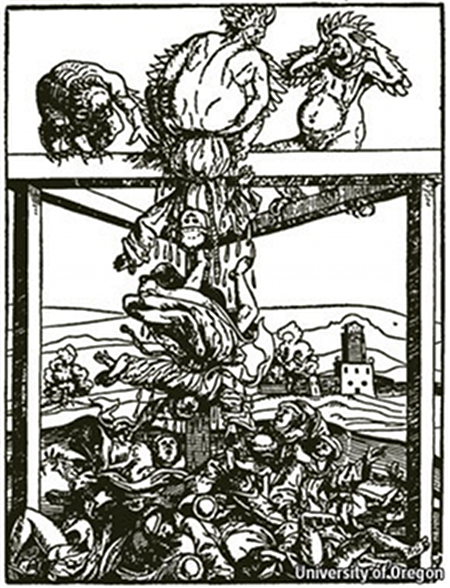 This Protestant engraving shows devils shitting out monks and priests. Yes, it's pretty offensive. It just goes to show that the wars over faith have been going on a long time.
Posted by A.J. Walker at 4:53 AM