Today on Medieval Mondays we have a special guest post from historical novelist and travel writer Sean McLachlan. Sean recently wrote a travel series about Greece and included lots of medieval sites. Here's here to share some photos and insights with us. Once you're done, check out his Civil War blog and Civil War novel. Take it away Sean!

Hi everyone! Last month I traveled through Greece researching a travel series about how that country's tourism industry, museums, and archaeological sites were holding up during the financial crisis. Being in love with all things medieval, I made a point of visiting various Byzantine sites. I've always been fascinated with the Byzantine Empire. 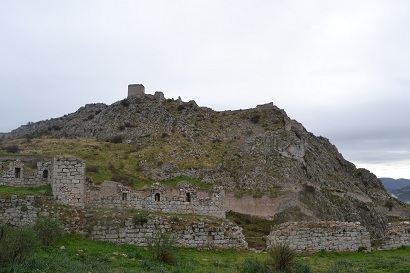 This is Acrocorinth, a massive castle overlooking the famous city of Corinth. There's been a castle here since Classical times, perhaps earlier, and the triple walls and massive keep were rebuilt and strengthened by the Crusaders, Byzantines, Ottomans, and Venetians. 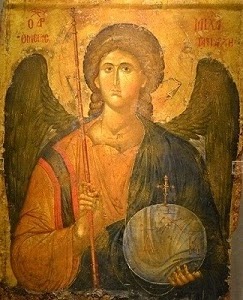 If you're passing through Athens, make sure to stop by the Byzantine Museum and see their amazing collection of art and artifacts.

Here's one of 400 icons on display. There are even parts of entire churches built into the museum galleries! 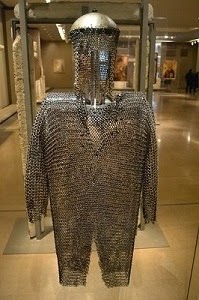 Also on display is this nice suit of chain mail and helmet. They look like they were inspired by Persian armor. Since the Byzantines and Sassanids were in almost constant warfare, I suppose this isn't surprising. There wasn't much on Byzantine arms and armor actually, because the Athens War Museum just down the street covers that topic very well. 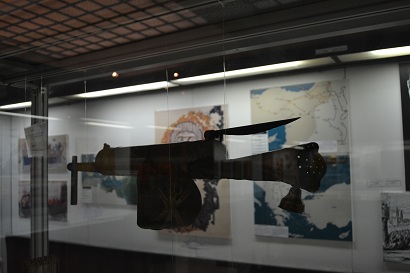 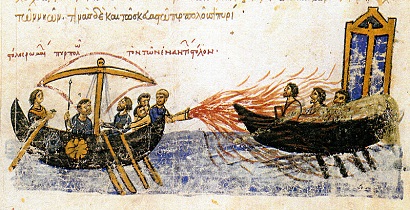 Here's a reproduction of a medieval flame thrower at the War Museum. One of the reasons the Byzantines were so powerful was their use of Greek fire. While the recipe has been lost, it appears to have been an early form of napalm that was squirted from jets.

My favorite site was Mistra, a Byzantine ghost town with several decorated churches from the 14th and 15th centuries that still retain their painted interiors. 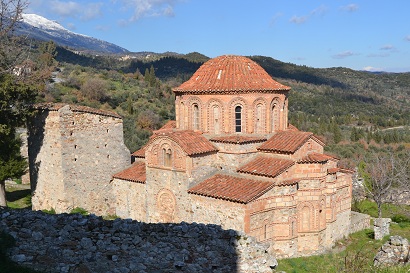 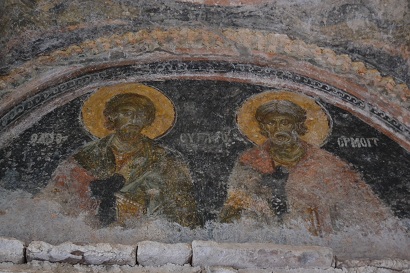 I hope you liked this brief trip through Byzantine Greece. Check out the links for more information and pictures!
Posted by A.J. Walker at 4:02 AM