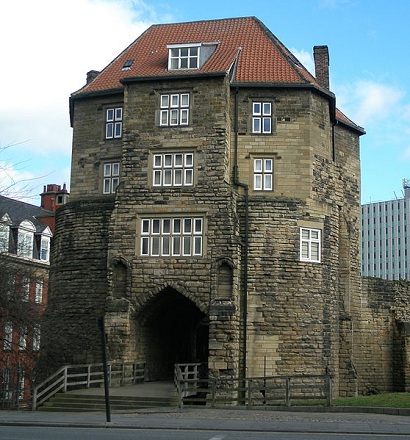 Many fantasy fans know and love Black Gate Magazine. They publish heroic fantasy as opposed to the grittier fantasy I did for Roots Run Deep, but I love a good bit of heroism too.

There's also a real Black Gate, which you can see at Newcastle-upon-Tyne. It was added as a barbican to the older Newcastle Castle between 1247 and 1250. A barbican is an outer defense to the gate, providing crossfire for the archers and extra gates for the besieging army to crash through. Often when they did so they came under murder holes from which all sorts of nasties came down on them. I've blogged about this a bit before in my post on the myth of boiling oil.

Newcastle Castle was, like so many others in England, built upon an earlier Norman motte-and-bailey castle, which itself was built upon a Roman fort. Strategic positions don't change much over the years, only the ways of holding them.

The Black Gate has gone through some changes--like the later windows and roof--but it's still one of the best preserved parts of the castle. Actually only the keep, shown below, and some bits of wall are left. Now the Black Gate houses the offices and meeting rooms of the local Society of Antiquaries. I'd love to go to a meeting there! 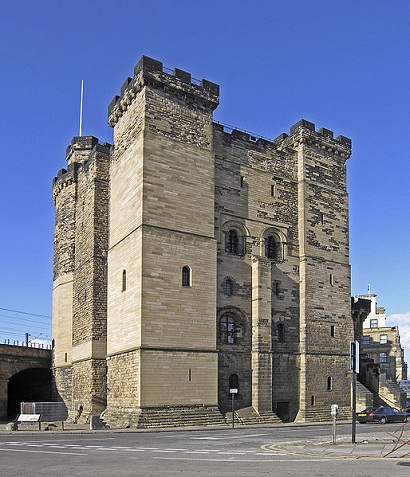