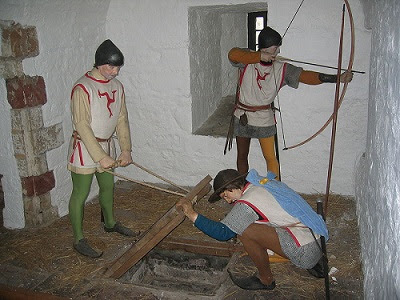 Boiling liquids of whatever kind were poured out of murder holes like the one seen here courtesy of Wikimedia Commons. These holes opened out onto the outsides of walls of gates, or inside barbicans. Rocks and other nasties could also be thrown down. Medieval warfare wasn't pretty!
Posted by A.J. Walker at 8:52 AM