Will the world end this year? We've been asking this question a long time 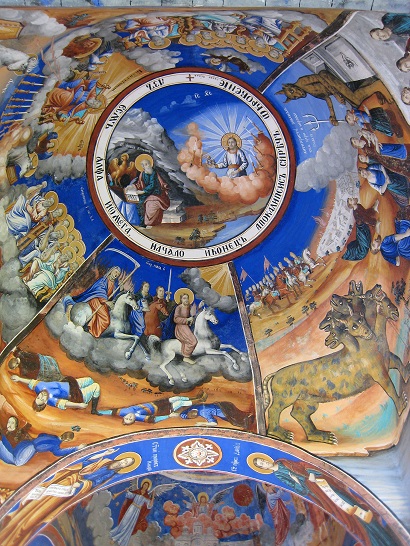 It's a new year, and we're once again getting the traditional media hoopla about the end of the world. This time it's the Mayan calendar saying that 2012 will be THE END. Didn't the Mayans predict this for a previous year? I can't remember and life's too short to look it up.

The human race loves the idea of the Apocalypse. Every few years some cult predicts the End Times or some ancient inscription is wheeled out before the public to prove that we really don't need to pay our credit card bills.

One of the biggest years for the end of the world was the year 1000 AD. Coming as it did in the Middle Ages, when the Church had a tight grip on society's imagination, and having a nice round number, it seemed like a good time for the world to end. Crowds of people gathered in churches and villages to pray for salvation. Priests raked in donations. Everyone wanted to repent, or get drunk. I bet a lot of babies were born nine months after New Year's Eve.

The world didn't end then, and it won't end now. So don't worry. Read some zombie novels if it makes you feel better. Or try some more optimistic fiction like what I write. Either way, don't worry. And pay off your credit card bills.

This photo shows a medieval Orthodox Apocalypse painting from the Osogovo Monastery, in the Republic of Macedonia. it was taken by Edal Anton Lefterov.
Posted by A.J. Walker at 4:11 AM