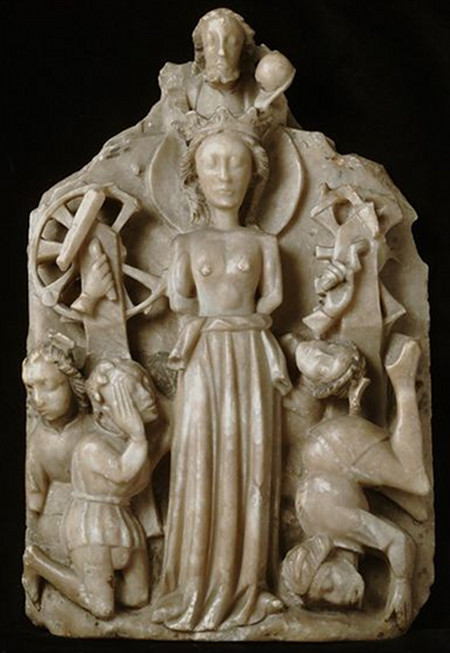 Small alabaster plaques like these were common in churches and private homes during this period. What's unusual with this image is that St. Catherine is shown half naked.
Posted by A.J. Walker at 1:08 AM