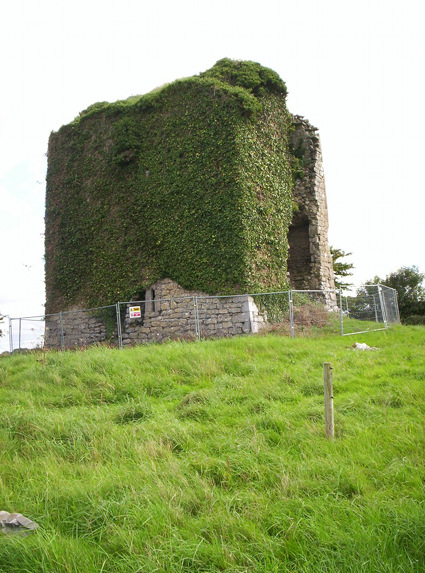 That's where YOU come in. Sure, it needs some work, but wouldn't it make a nice home? You even get two-and-a-half acres of land and a nice Sheela-na-gig, locally known as "the Dancer", positioned high up one of the walls. Hit the link to find out more about these interesting carvings. The castle is for sale from Premier Properties Ireland. You can see more photos on their website and also here.
Posted by A.J. Walker at 10:10 AM