Tweaking the cover and blurb for The Maze of Mist 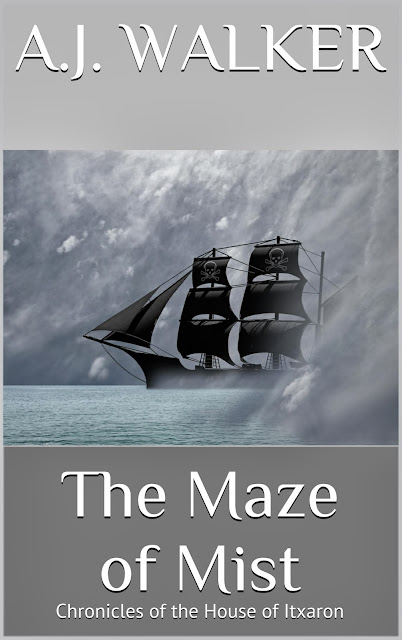 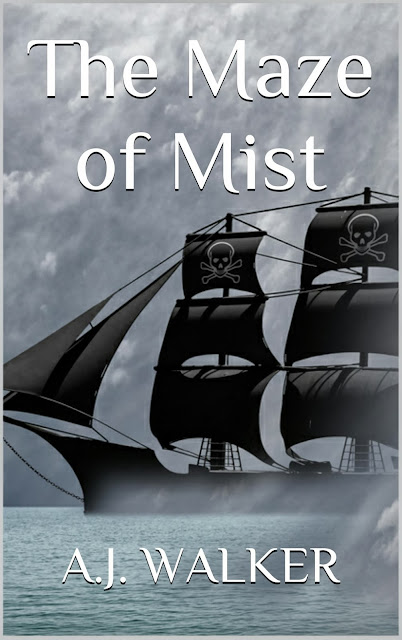 Hey folks! Here's version 2.0 of the cover and blurb for my next book, The Maze of Mist, which is part of the Chronicles of the House of Itxaron series. It's set in the same world as my novel Roots Run Deep but it's not a sequel. Both are standalone books.

WHich cover do you prefer? Any tweaks? How about the blurb? Any input will be highly appreciated!
When the heir to the throne is treated as an outcast, he has to prove himself before he can rule.

In a desperate attempt to make a man out of him, his parents send him on a secret diplomatic mission to prepare for an upcoming war. What they don't expect is that he will come upon visitors from an unknown land beyond the Sea of Mist, a strange labrynthe of fog that has baffled navigators for all of recorded history. Metis sees a visit to these new lands as an opportunity to escape his responsibilities and prove himself on his own terms.

Then he discovers that representatives from his kingdom's enemies are coming along for the voyage. . .
Posted by A.J. Walker at 2:57 AM