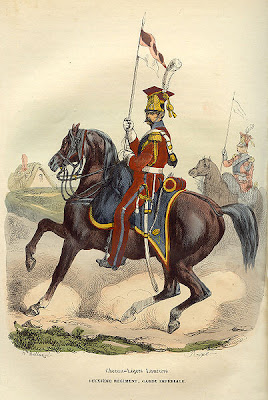 I didn't realize there were lancers in that war. The term "lancer" brings to mind the cavalry of the Napoleonic Wars, like this French lancer I nabbed off of Wikimedia Commons. I bet the Texan Confederates didn't have such snappy uniforms!
Posted by A.J. Walker at 1:55 AM